Note: This wiki may contain spoilers. Read at your own risk!

Who is Rebecca Parham?
Rebecca Parham is a YouTuber who primarily uploads a wide variety of comedic animations and cartoons. She is also the founder of her company with the name being "Let Me Explain Studios", the same as her channel name. She sometimes sings covers and opera, and does some live-action videos, too. This wiki is complete, and has all information for every single page available. Articles about all the videos Rebecca has ever uploaded, all the main settings and all characters along with YouTubers featured in these videos exist already. There is currently not much to do, other than editing minor mistakes that can be fixed in a few articles, and adding pages of the new video when Rebecca releases a new video. If you want to edit or change something, you can start doing it right now by creating an account or signing in.

Rules
Here are some rules that you must follow, otherwise, you will eventually be blocked if the following rules weren't respected:

- No spam allowed.
- Respect everybody in this wiki.
- No inappropriate content allowed in the masthead.
- Do not attempt to engage in flame wars.
- Do not ever vandalize an article. Any sort of vandalism will automatically result in a PERMANENT block without a warning.
- Add any missing information, when there is.
- Make sure all grammar and spelling is correct.


If you followed all the rules, you won't be blocked, unless if you somehow attempted to forget the rules and break them. Anyways, happy editing!

Randomizer
Want to be surprised? Click the "ROLL THE DICE" button to land on a random page that you may have thought that never existed in this wiki before. 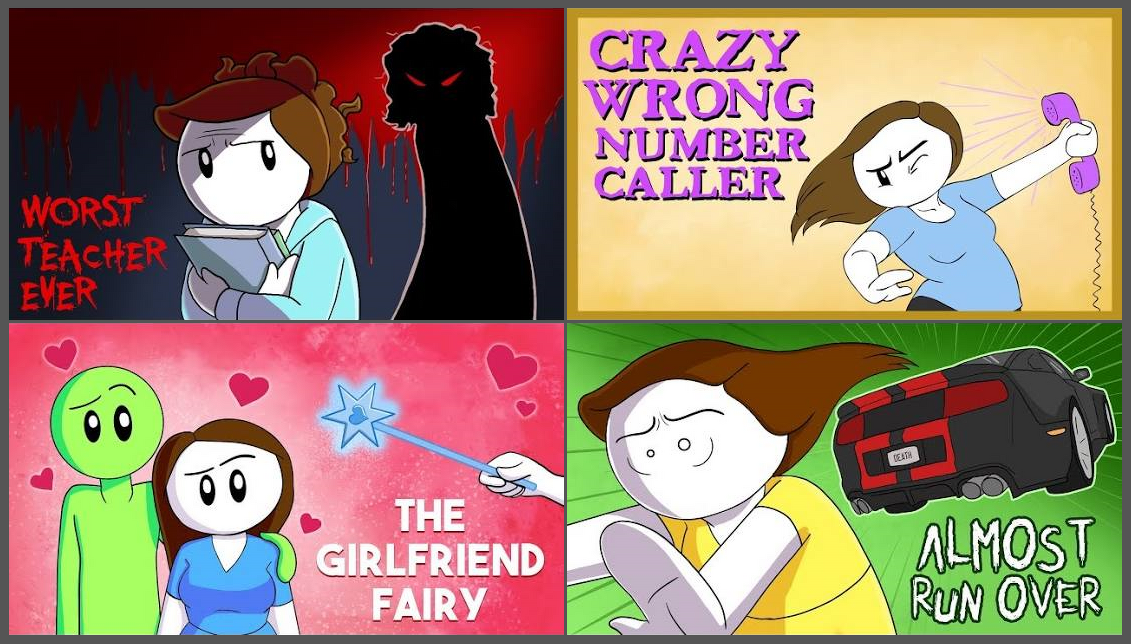 Videos by Rebecca Parham consist of vlogs, music videos and animations. Vlogs are videos that represents herself talking or discussing about a topic. Her music videos, which has the lowest quantity in her channels, are videos that represent her singing or doing covers of other songs. Animations, which are the most common type of videos in both of her channels, are basically a large amount of frames and visual images that are represented as a cartoon. They usually take about a month or two to make for each animation. 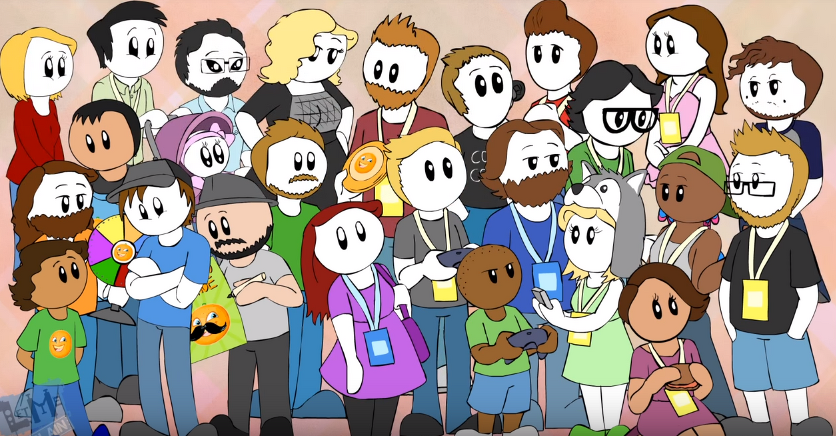 Characters are the people who appear in this franchise. They consist of protagonists, antagonists, minor characters, re-occuring characters, Rebecca's relatives and even YouTubers. 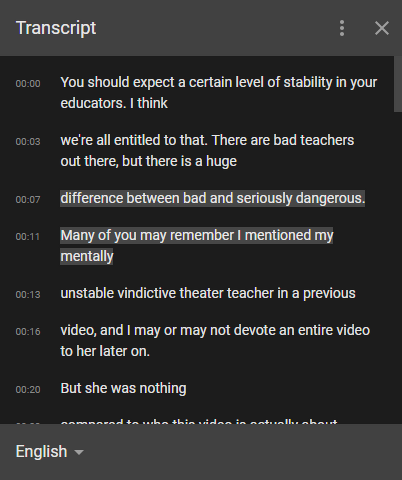 Transcripts are basically what has been said in a video. Behind the scenes, they usually could be scripts consisting of lines used for the purpose of speaking in a video, in a prepared manner and to facilitate what people are understanding from the audio of these videos. Usually, Rebecca's videos are scripted to organize her say. 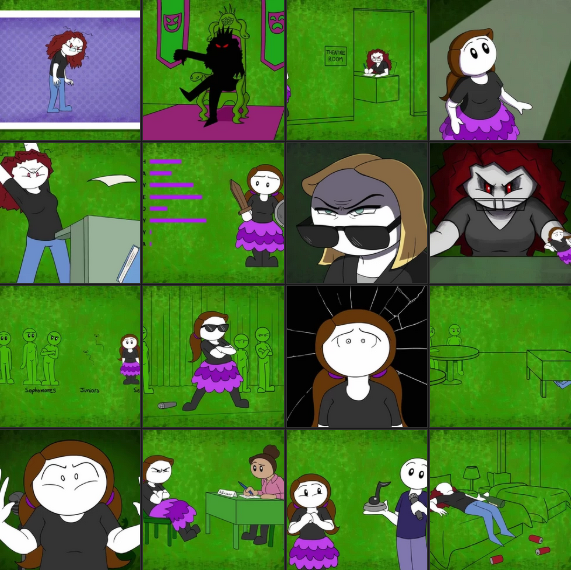 Galleries are basically groups of frames and images (taken as screenshots), then they are put in an organized gallery for exhibition purposes. Screenshots from the galleries are taken from Rebecca's videos. 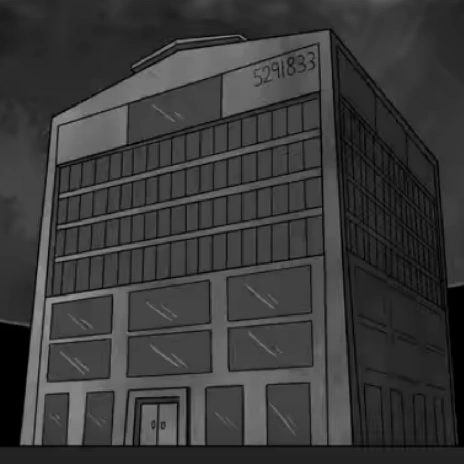 The settings are the places that were mentioned and drawn in Rebecca's videos and animations. Most of the time, one setting appears on a video. Two can appear at times, but not usually. Characters appear in settings, and both characters and settings appear in videos. Though, usually, Rebecca's setting is unknown and shows only a colored background, she does sometimes mentions a place or two she has been to, usually in an animation or a story. 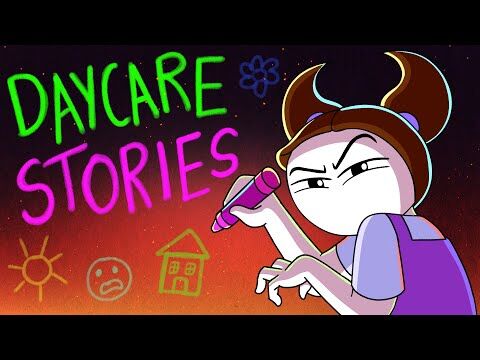 Daycare Stories is an animated story video created by Rebecca Parham. In this video, Rebecca explains a few of her stories that happening during the period of her being in daycare.

Retrieved from "https://rebeccaparham.fandom.com/wiki/Let_Me_Explain_Studios_Wiki?oldid=8398"
Community content is available under CC-BY-SA unless otherwise noted.